Thoughts On a Saturday

I bought new mascara.  I always go for the brown tint, because I'm whiter than white with red hair.  I also have blond eyelashes.  (Gasp!  I know you're shocked.)  So I need brown to even things out.  But I accidentally bought black.  Not cool man.  Not cool.

I should post a baby bump picture, but I'm a little self-conscious about how big I am.  I am only 20 weeks, but have a rather large belly.  Then, I thought that I shouldn't care. I always try really hard to have a positive body image, no matter what state my body is in.  If I'm healthy, that is what matters.  So I'm going to stop comparing my baby bulge to others I've seen recently.  So look for that bump picture real soon.  I'm pregnant!  Let's celebrate for crying out loud.

Does Apple really expect people to read SIXTY-FOUR pages of terms and conditions?  Seriously?  Who has ever read that before they bought an app?  What if page 57 says that if I download apps and music from Apple, I agree to be a subject to the alien king, Applelinkterharmonoker.  Whenever he decides to take over the planet.  At least we know he likes music and Angry Birds.


I have a picture problem.  My kids are growing up right before my eyes, and I am the worst documenter in the world.  I have a camera.  Two actually.  But they are never handy, need charging, locked away in a room from tiny fingers and clumsy toddler hands.  Good gravy.  So I mostly have snapshots from my phone.  And as always, high quality res, and outstanding composition is what I'm all about. 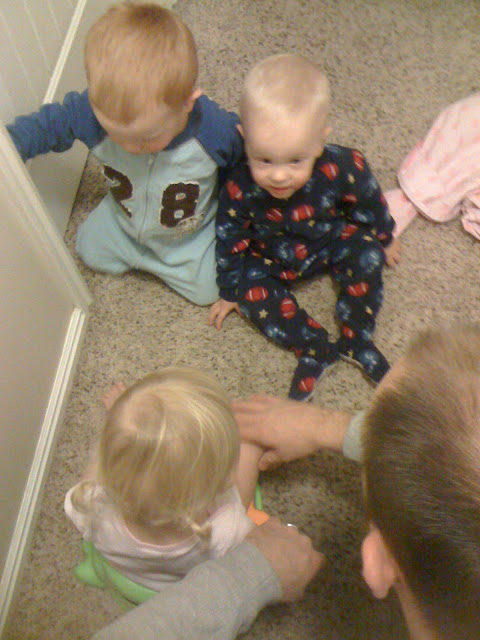 Can you tell what's going on here?  This was a one time attempt.  Her idea.  She sat for about 2.5 seconds, hopped up and said "potty!"  We're not quite there.  And I'm ok with that.  Don't mind her audience.  We will get around to teaching privacy and the like. 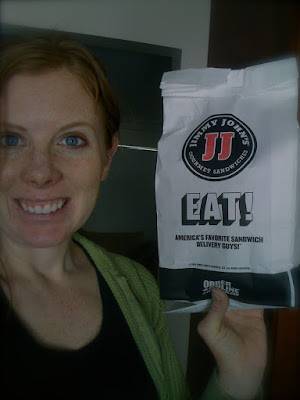 This one was snapped for Chris' benefit.  He was at work and loves when I treat myself.  So I had to share the good news.  I love these dang sandwiches!  It's especially awesome that you can order online and 30 minutes later you have lunch.  If Jimmy John's ever needs a spokesman, like someone who can't just run out and get lunch on a whim, so that person thinks the online ordering and delivery is extra, extra special, I hope they call me.  That is a genuine smile!  I wouldn't have to fake my enthusiasm.  So call me JJs! You can pay me in sandwiches. 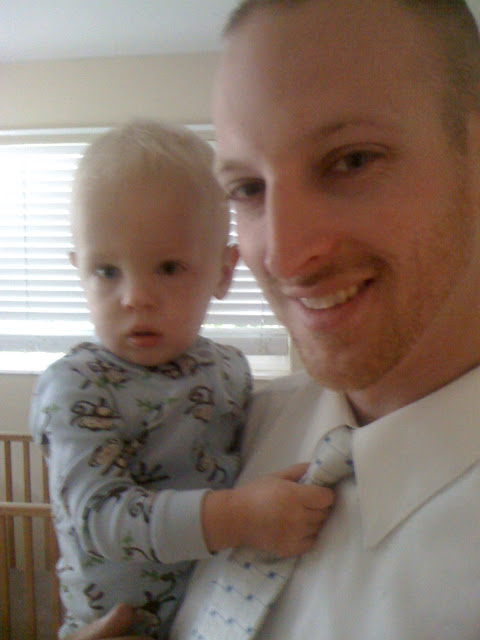 My kids love their daddy so much.  So do I. 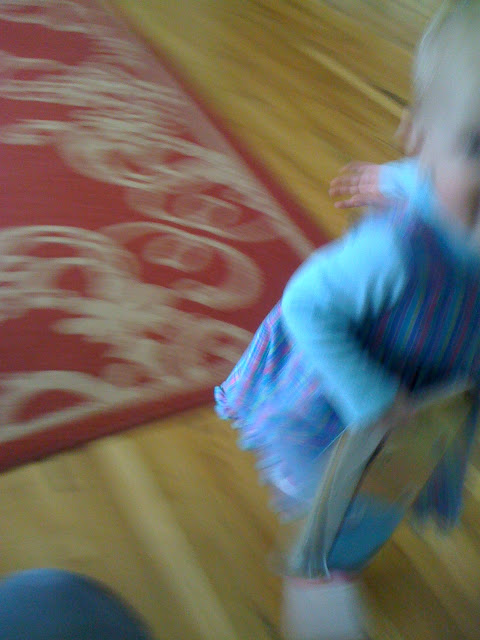 Reason #43 why I am a terrible picture taker.  My subjects never hold still long enough to get a decent shot. 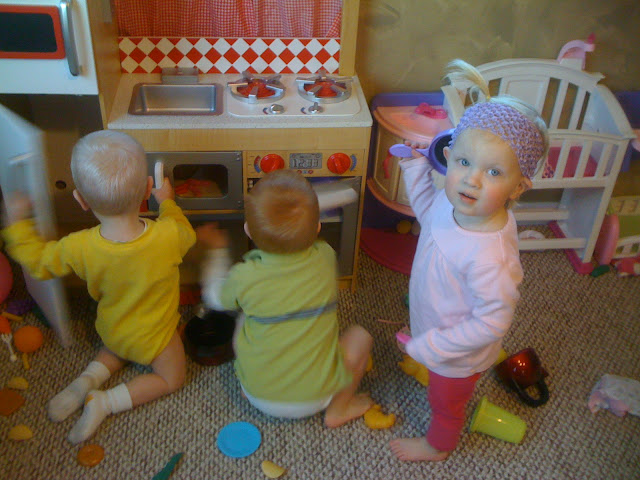 If I were to title this picture, I would call it Independence.

Freedom to choose is the theme of this stage right now.  The boys decided that pants were slowing them down.  No amount of coaxing, tricking or putting them back on 800 times would keep them on.  They had made up their minds.  Sunny dresses herself lately.  Including the killer purple headband which almost caused a meltdown the other night because I wouldn't let her wear it to bed.  So, for me, this little scene sums up their very independent and strong wills I have been trying to figure out and simmer down lately. (Not simmer down their independence.  Simmer down the resulting tantrums and chaos that ensues from expressing said independence.)

Which is why it's extra sweet when they all play in the same space.  It's their choice.

Thanks for reading my weekend mind spew.  We'll be outside at some point today, soaking up the springy weather.  Maybe I'll even bring a camera.

Email ThisBlogThis!Share to TwitterShare to FacebookShare to Pinterest
Labels: random, the weekend, thoughts on a saturday

I love these posts. Between Sunshines dislike of diapers and the boys dislike of pants we are going to have the first strippers in the family. Tell the kids when they get potty trained they can stay at Grandma Margarets. Love you, enjoy the sunshine.

Kara, you are just looking in the mirror 30 years ago! Love you!

So I had a nightmare night-before-last....it was bad. Really, really AWFUL. Pondering this dream the following morning, I think it was your {last} laundry post that set this particular dream in motion.
The setting: In a really cute convertible bug {yours}.
The players: You and I, your kiddos & Noah...do the math.
It was mayhem, absolute mayhem! I will have to tell you about it sometime... :)

@MrsD, surely you aren't implying I gave you one iota of trouble from wanting to do things my way when I was two. I'm sure I was a compliant, cooperative little one. Right? RIGHT!?!!? (try not to enjoy my struggles too much.) :)

@Tina, were we all wearing seat belts? What in the world! Sounds like the good old days at the U, minus the monitors, nurses, tears and convertible bug!

@Kara, Yes...everyone was buckled. Although there was some seat belt "sharing" going on because you said, {and I quote} "I have willingly given up SO much for these darlings, but I am not giving up my dream car!" :) Why in the world your dream car would be a convertible bug in my dream, or why I am even dreaming about YOUR dream car?! Loads of dirty clothes, faces and food {i.e. suckers, lots and lots of suckers?!} were going on in this dream. Gabe asked for something to eat and you reached around your seat and "found" {although you seemed to know it was there} an old sucker stuck to the floor!
Please, please, please know that I know this dream is not an accurate depiction of your parenting, I was absolutely aghast at your behavior because I knew you were a completely capable, competent, and fantastic mommy "normally"!
Dreams are SO strange sometimes!

@Tina, how did you know my life dream is to own a convertible bug. (???) Dreams are crazy. I laughed out loud reading hearing about it. Too funny. My poor deprived kids have never had a sucker. Maybe you're subconscious is trying to tell my subconscious something.