The heart is a funny thing.  It yearns, and swells and breaks and opens.

I fell in love a few months ago.  I fell hard.  It wasn't like the last time.  Last time it was that slow, approachable, don't know what you got until it's gone type of love.  But this last time.  BAM.  Right in my gut and it hasn't let up since.

We moved into this rental house that is near the Annisquam River in Massachusetts.  One recent Saturday morning, I happened to hear a radio story that mentioned a millionaire, who before he became one, had a sister that drown in the river near the turn of the century and once he made his millions, he dedicated most of his time and resources to creating an anti-gravity device, because he was convinced that is why she drown.  Because of gravity.

I remember looking out my window that Saturday morning, watching the ice caps flow with the current tide.  I watched the river for a few moments and thought about that man over a hundred years ago.  I smirked.  Not at his heartache or loss.  I can't imagine.  But because my bones tingled a little.  I felt like gravity--a force of nature--is the exact thing that brought me to this town.  My new love.

I married an adventurer.  I've already acquiesced to the fact that we will always be that family making plans, trying new things and "settling down" may be a relative term I will have make up my own definition to.  It's taken me a while to say this comfortably and without exasperation and hands tossed in the air like a frustrated shop keeper looking for a lost key.  This is my lot.  This is our lot.  And it's a good one.

We have somehow ended up in this old fishing town north of Boston, Gloucester, Massachusetts.  (2 things. #1: it pronounced glos-ter if you're not from here, glos-tah if you're a native.  #2: I'm still working on trying to spell Massachusetts without using spell check.  Don't tell my 4th grade teacher...or my mom.  Hi mom!)

Cheap winter rent and the lure of the ocean is how we found it.  It wasn't on our radar when making plans for our trek east.  I trusted Chris when he picked a spot to bring the rest of our brood on one of his solo trips here.  We arrive, unpack a few suitcases, try to get as settled as you can when you've just sold 75% of your belongings and are sleeping in something of a summer vacation rental.  In the winter.

Our first Sunday here, we took a drive.  "You have to see the coast line," he tells me.  With everyone piled in the van, we wander past shops and old homes.  We talk about the fishing history, the Perfect Storm history, the oldest seaport in North America history.  It's a cool place to be if you like history.

Then we come around this bend.  And my heart stopped.  badaBeat, badaBeat, badaBeat, badaBOOM. And without warning, tears flowed quietly and quickly down my cheeks.  Everything clicked.  Everything was clear.  If anyone tells you they don't believe in love striking unexpectedly, you can tell them this story.  Because I fell in love with this old, cranky town On. The. Spot.  I don't know what biological thing occurred or neurons fired or strange pheromones of the ocean air got a hold of me.  But I'm telling you I love this place.  Love.  It's old.  Real old.  Like 1623 and 1973 mixed up old.  The roads are terrible.  There are abandoned fisheries right in middle of town, which is also in the middle of the beach.  Nearly every grocery store employee I've met here either hates me, or their job, I can't decide which.  The local movie theatre is, umm, dilapidated, run down quaint?  It's been winter ever since we got here.  Not just winter.  But the town has run out of funds to plow the roads and keep them salted kind of winter.  Like, it feels 10 degrees below zero because the wind won't stop blowing winter.  But I don't care.  Because I am in love.

I still laugh a little when I think that perfect San Diego was also in the running for this new job.  Did I mention that?  San Diego!  Summer year round San Diego! Poppin sunsets like candy San Diego!  Temps below 60 degrees require sweaters and hot chocolate San Diego!  We could have picked let's go the beach in swimsuits and swim in the water while the turkey cooks during Thanksgiving San Diego!  But the western current wasn't meant for us.  We were lured, pulled, beckoned to this cold, easterly, storm ridden peak of the state.

And after two days of living in it, I found love.  So this is where we stay.

Until the next, continental shift. 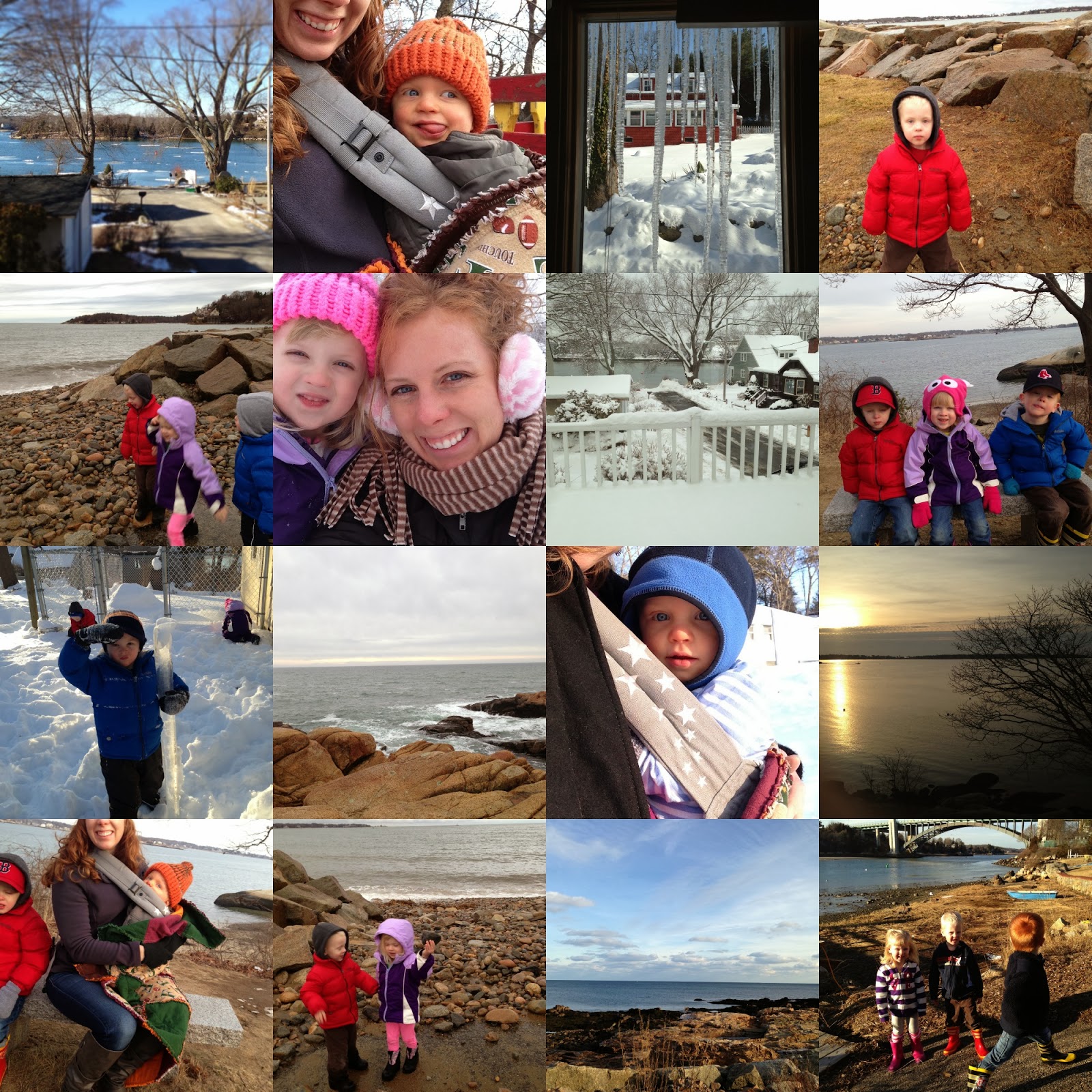 Ok I didn't mean to remove my comment- it looked like there were two of the same. Here is approximately what I said. First of all, I can't believe I am just reading this- I better check my email notifications! This warms my heart to know that you have fallen in love with Gloucester (I like typing it better that trying to say it right). It doesn't help me miss you less just makes me feel better to know that you are where you are supposed to be :)