That One Time We Were On Food Stamps

Recently, I met the director of the food pantry here in Gloucester.  One thing led to another, and I wrote a true story they used in their most recent newsletter.  It's a little crazy to reflect on what we had then and what we have now.  I hope with all my heart that I was just as grateful for my life then as I am now.  Because I've always had so much, just in different ways.

Anyway, here is my true story about that one time we were on food stamps...

We have enough. My husband has a great job. He can advance and grow; the well is deep with possibility. We feel fortunate. So feeding our family is something that is just part of the muscle memory of our family life. We never have to think about it too hard. We just do it.

But, this hasn’t always been the case.

Four years ago, my husband Chris was swept up in the excitement of a start-up company. The company had a wide market in a nation of golfers and some fantastic software. The vision of what this company was going to do was grand. We are grand thinking, optimistic people, so we took the plunge. Sure it would be tight for a little while, but the business model seemed solid and it really was a great product.

But weeks of fledgling start-up pay turned into months, and we suddenly found ourselves with four maxed out credit cards and bills piling up and overdue. It’s amazing how quickly it happened. The frustrating part was Chris was working. So. Hard. He was putting in hours of time and making the sales, but the company was a baby and had severe growing pains about how to adequately pay the people contributing.

One Monday morning, after a text from Chris to “not use the card until Friday,” I had had enough. I was pregnant and had three toddlers at my feet and our fridge and cupboards were nearly empty. I had done some miraculous things as a mother, but I couldn’t make the food we had last until Friday. I made the decision to go after resources I knew were available. I called him and told him I was going to apply for food stamps. He was not happy at first, but in that moment, with our cupboards nearly empty and half a gallon of milk, he reluctantly agreed.

"I had done some miraculous things as a mother, but I couldn’t make the food we had last until Friday."

I also lived in a community where being on “food stamps” was sometimes synonymous with being a “freeloader” or “lazy” person. My Facebook newsfeed had angry posts once in a while of someone who had been behind someone in line paying for their potato chips and cookies with food stamps. The messages were clear: “If you’re going to be eating food with MY tax money, you should be buying carrots and broccoli.” Or, “Quit being so lazy.” And, “Why don’t you just get a job?”

The disgust came through my screen and the fact that I had applied, been approved and would be on food stamps for an entire year was something I never thought I would ever talk about. Ever.

But today being removed from a situation gives you a lot of clarity and time to reflect. I’m grateful we were in that place as a family. I’m thankful I’ve been at that door of desperation so I recognize it in others when I see it. Not to pity, not to condescend, but to share hope and empathy.

"I’m thankful I’ve been at that door of desperation so I recognize it in others when I see it."

I’ll never assume someone on food stamps is just too lazy to look for work. I’ll never be annoyed if I see someone buying chips with an EBT card. I’ll never throw those stones. I know the kind of day someone might have dealing with the stresses of not having enough to make the rent, pay the electric bill and care for their children, all the while keeping a smile on their face. Hiding the pain so no one knows. Low income hurts.

Because what people don’t talk about is how using food stamps for food helped stretch the rest of our budget to pay our heating bill, our water bill, the car payment, the rent, our phone bill, put gas in the car, buy diapers. It wasn’t just food, it was life.

And did we need an entire year? Yes. Because you are suddenly in this hole and it takes a while to get out. He switched jobs of course, found something that matched our needs, something more stable. But the credit card debt didn’t go away overnight. Overdue bills take months to get caught up when you’re paying the current month plus more. There is always “plus” when coming out of that low income hole.

So nearly four years removed, I’m just grateful. I never would’ve predicted needing a “handout.” We never fit that mold. Which is why I’m grateful. Because now I know there is no mold. According to Feeding America, 1 in 6 people in the U.S. faces hunger. Your neighbor, sister, daughter, or friend could be on food stamps right now, hoping no one knows, to avoid the shame broadcast in political rants and half-thought out Facebook posts or rolled eyes of someone behind them in the grocery store line. They could just be grateful to be able to feed their kids AND pay the bills. Years later, when their basket is bounteous, they’ll remember the lean years and share what they have, they’ll probably give of their excess with an open heart. And someday they may even speak up about what it meant to have help in the desperate times--the kind of help that also brought hope of better days.

Today, Kara lives in Gloucester with her husband Chris, and their four children. Kara volunteers at The Open Door as a SNAP Advocate. 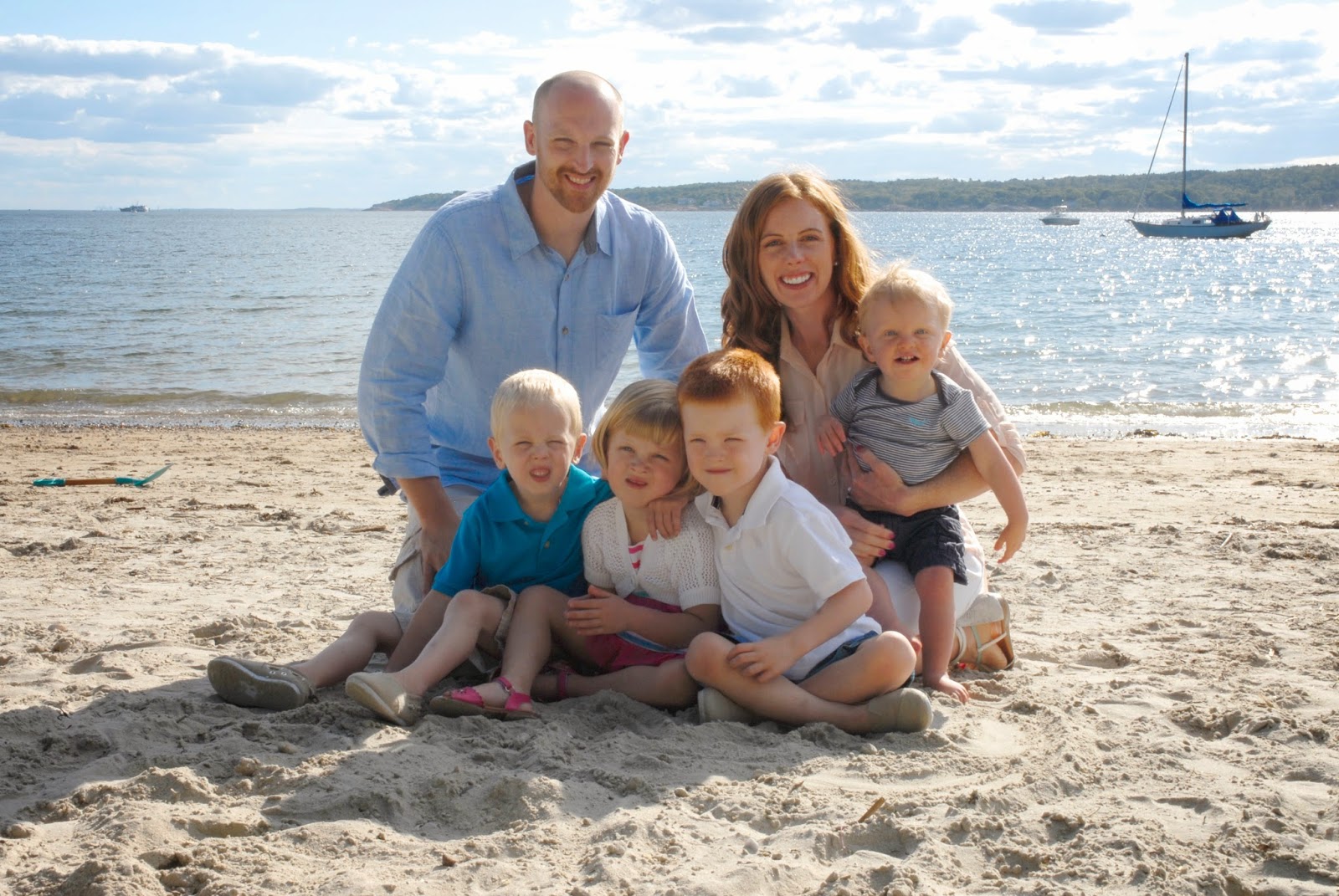