It's time to close the season on a fantastic year of running.

Lots and lots of miles.  I stopped keeping track back in August.  But I'm pretty sure I've logged close to 600 miles.  Or 966 kilometers.  Now that sounds impressive.  I think I'll say that.  I ran almost 1000 kilometers this year!

I ran the Top of Utah Marathon with a 4:32 time.  Then took a 6 week break of not running because of my silly knee.  Then I ran the Halloween Half Marathon.  Two hours and seventeen minutes.  Give or take a few seconds.

I think I'm officially done with races for 2011.  While I've already scouted out a few possibilities for next year, it's time to have no training plan or pre-race day meals.

So, lucky you!  No more incessant posts about all my races.  For this year anyway.  But one last pile of pictures from my last race, the Halloween Half.

The usual, early morning, crazy shot of me alone in the bathroom before I leave. (why?)
The usual, pre-race, awkward, thumbs-up, having your picture taken by a stranger.
My "costume."
The usual proof of what race I ran. 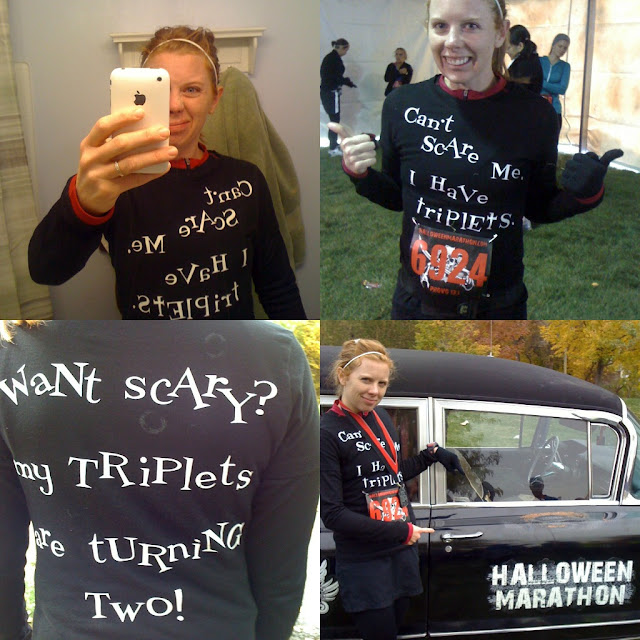 It was a big race.  One of the biggest I've done.  We had two start times.  This was the first wave. 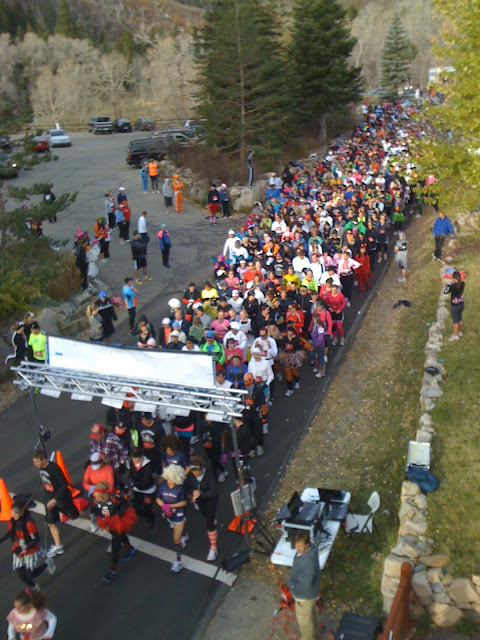 So, lots of crazy costumes out there that day.  I just wish these guys had the waitress with the giant ribs.  That would've been really cool. 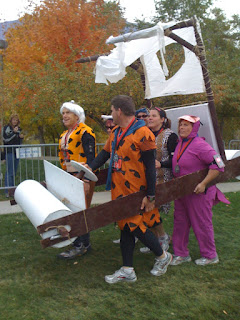 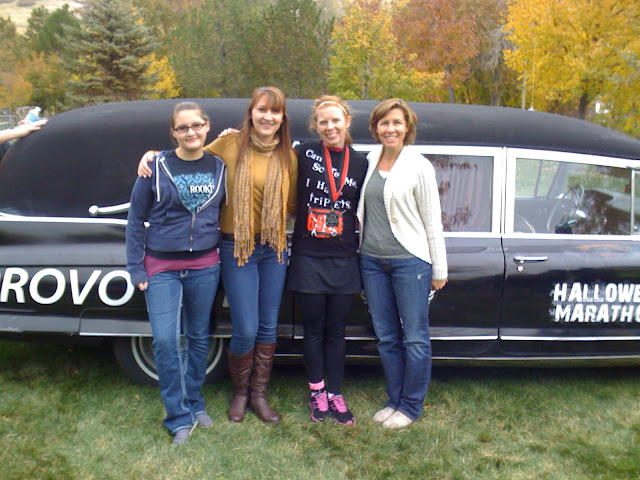 So great to have someone cheering your name as you make your way toward the finish!  Thanks Galleys.

Until next time, race plans and training miles.  I'll see you next time around.

Email ThisBlogThis!Share to TwitterShare to FacebookShare to Pinterest
Labels: Halloween Half Marathon, running

Gotta mention the relay race through the Wasatch Back! The miles may not be impressive, but the climb was! You were our go to girl for the actual Ragnar!

You are so right!! How did I not include the funnest race of the year! The miles were definitely impressive...for all of our runners!

what a great year of running!! and i'm loving ur halloween race costumes!! i agree, even if u're not racing i kno i'll still be putting in the miles. i get cranky if i don't get my running fix. :)